Right to Bear Arms: Kodavas & the Case Threatening Their Culture

Discussions on the Right to Keep and Bear Arms.
Post Reply
4 posts • Page 1 of 1

Right to Bear Arms: Kodavas & the Case Threatening Their Culture


Right to Bear Arms: Kodavas & the Case Threatening Their Culture
“The gun is a sacrament as far as the Kodavas are concerned. The Kodavas cannot do without a gun, whether it’s a birth, death and everything in between. The gun is one of the most important, integral parts of any celebration.”
Brijesh Kalappa, Supreme Court Advocate

Come September, residents of Kodagu (earlier Coorg) gear up for their festival, Kailpodh, which translates to ‘gun festival’ in Coorgi, the local tongue. But this year, a pall of uncertainty hung over the festivities as the 185-year-old exemption granted to the Kodavas and other landholding communities in Coorg is being challenged in the courts.

A writ petition, first filed in 2015 in the Karnataka High Court, has challenged their exemption under the Arms Act, 1959 questioning why this exemption on the basis of ‘caste’ continues to exist. While the Ministry of Home Affairs had reportedly informed the Karnataka HC that there had been no misuse of this privilege, they have been ordered to conduct a review of the issue with the all the relevant stakeholders and inform the court in eight weeks.

Bacharaniyanda Harry Thammaiah is a resident of Kodagu, whose family has been living in the region for the last 600 years.

“When it comes to the issue of kovi (gun), in Kodagu, it is an integral part of the identity of a Coorg. It has become a part of our culture. The right to own guns came in the 1800s from the British Raj, when they gave this right not just to the Kodavas, but also those with ancestral land living in Kodagu.”
Harry Thammaiah, Resident, Kodagu

According to Colonel (Retd) CP Muthanna, the Kodavas have been keeping weapons from the time of the Lingayat Rajas, who ruled the lands way before the British or the Muslim rulers.

“The Kodavas and certain other communities were keeping weapons and ammunition in their house. And as and when the king called them to battle, they would take their weapons and go to battle at the behest fo the king. It is similar to what is being practiced in Israel by the reserves. Then came British rule. When the Disarming Act came, they exempted the Kodavas by race and Jumma holders from this regulation under the Disarming act,” he said. 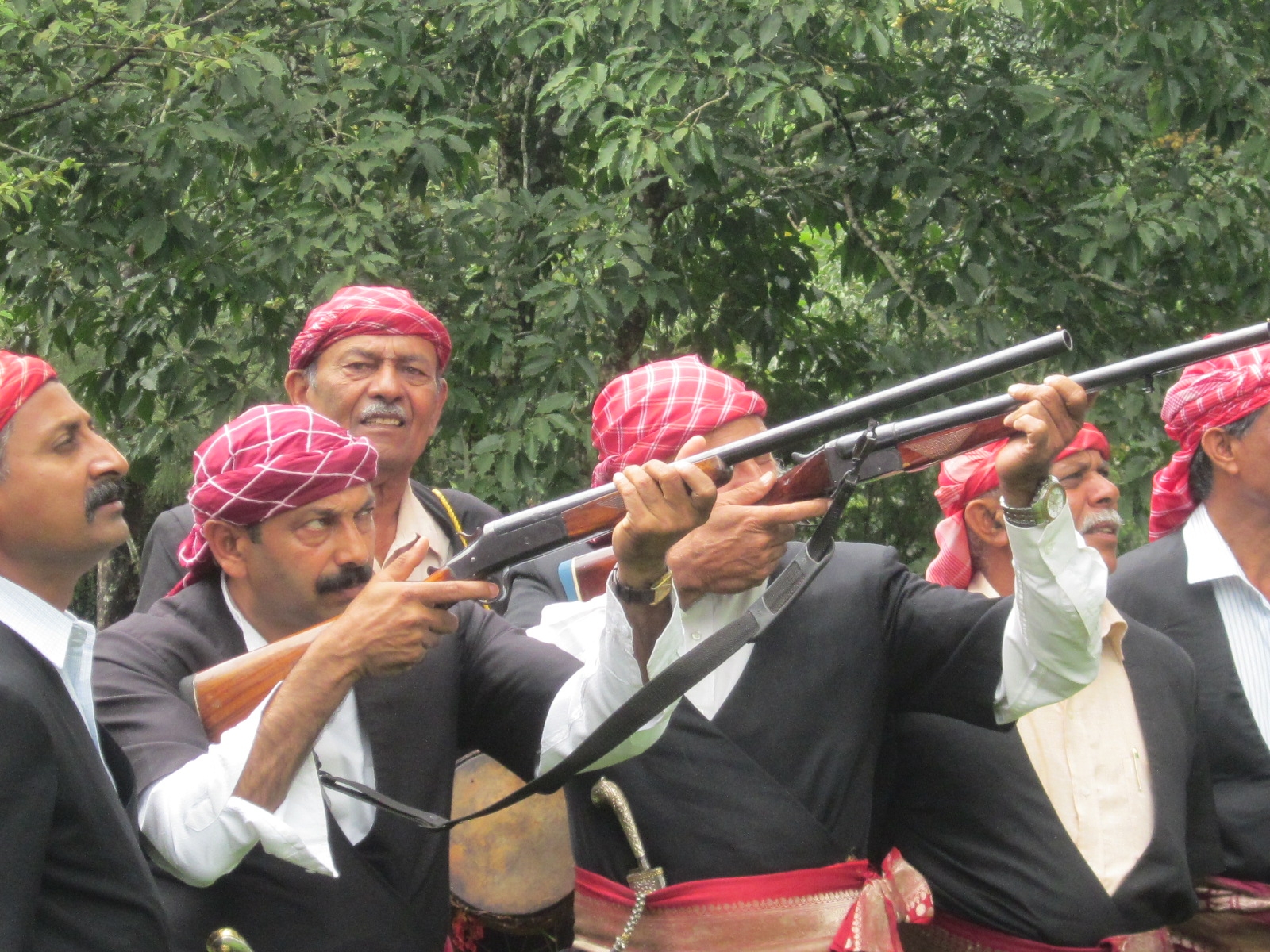 “In every part of our country, there is so much that one can look at and learn from each other. If someone tried to live with certain tradition that adds to their pride and well-being of society, we need to put that on a pedestal.”
Lt General (Retd) BK Bopanna

‘Not a Privilege, It’s a Right’

Many members of the Kodava community believe that this legal exemption is not a privilege, but a fundamental right that must be protected.

“I don’t even see the exemption as a privilege, in fact, it’s a fundamental right for the Kodavas who have served the nation as warriors,” says Devika Devaiah, an activist with the Save River Cauvery Foundation.

Kokkalemada Manju Chinappa, convener of the United Kodava Organization, said that owning guns was a part and parcel of the unique way of life practised by the Kodavas.

“This community has a special right enshrined in the Constitution, which is to own firearms without a license. We have been given this exemption. The gun has a irreplaceable value in the life of a Kodava.”
Not Just Kodavas, Other Land-owning Communities in Coorg Get the Exemption Too

Contrary to public perception, it is not only the Kodavas who get this legal exemption.

“Those with ancestral land living in Kodagu, like the Gowdas, former Kodavas who are now converted to Muslim so Jumma Muslims, have this right. It is wrong to say that this is only for Kodavas: it applies to Gowdas and Muslims as well,” said Harry Thammaiah.

Colonel CP Muthanna (Retd), a prominent Kodava said that the ‘religious significance’ of the guns to the indigenous communities must be kept in mind.

“The same religious significance also holds good for the other communities that are jumma land-holders in Kodagu, including the Kodavas. These are for example, the Hegde community, the Kodavas, the Arebhashe Gowdas, and the Jumma Muslims,” he said.

Citing the example of the Gorkhas and Sikhs who are legally permitted to carry the khukri and the kirpan, Kodavas argue that their way of life should be viewed in the same way.

“If you’re going to take away the right to hold a gun from Kodavas, then surely the knife can also be seen to be something that’s dangerous. But the kirpan is held by every Sikh and worn by every Sikh at all times. So, how can you today say that the Sikhs are allowed to hold a kirpan but the Coorgs are not?” Kalappa asked.
‘Merely a Distraction’

”I think that this is just a distraction, there are so many more important issues that we are being faced with,” said Devika Devaiah.

“Currently Coorg, where the Kodavas originate from, is under a great degree of pressure. Floods, landslides, that is where the river Cauvery originates and the river itself is under great pressure. So I would suggest, we focus our energy and efforts at protecting Coorg, protecting the heritage of Coorg and the entire Western Ghats – that is far, far more important. Not an insignificant issue like gun license, that is so fundamentally a part of our culture.”
Devika Devaiah, Activist, Save River Cauvery Foundation

If traditions are to be quoted to own weapons than every Indian is the candidate. Its British after their experience in america and south Africa Boaers decided to disarm native populations. Kodavas should just not raise what is just peculiar to their traditions but also right to hold weapons in general. Same extends to other where they should support Kodavas not in the name of traditions but as a right which should be available to every law abiding Indian citizen.

sumbriavikramaditya
One of Us (Nirvana)

mundaire wrote: ↑
Wed Oct 30, 2019 11:01 pm
An update on this news story, the Government of India has decided to extend the exemption for them up till 31st October 2029, please see attached notification.

Just an extension for 10 years. The Govt. of that time will revise it again.
Has this happened because of pressure exerted by Kodagus or Coorgs?